Imagine No Devices…I Wonder If You Could

As a Facebook virgin just recently entering the 21st century, I am getting firsthand experience of media brain-lock. So much time is wasted in front of screens. Having to publicize my book made it necessary to learn about social media tools, but I must acknowledge my aversion to them. And I feel guilty for not accepting friend requests from people I don’t know, just as I regret accepting requests from people whose posts are offensive.

A neurologist once told me that conversations are as good as crossword puzzles for maintaining brain health, and even better when the conversations are with people who disagree with us because they are more difficult. I dislike seeing unsolicited expressions of intolerance and support of racism on my screen. I dislike polarizing messages with “likes” from the many friends who already agree with the messenger. Social media segregates us and allows us to avoid openminded interactions with people who might disagree with us.

My pen pal in Germany, a councilman in a major city, told me that one party cannot field a viable candidate there without forming an alliance with at least one other party. He said they have to negotiate through their differences or be irrelevant. Once in office, the groundwork has been laid for cooperation. Cooperation! Wouldn’t it be nice?

More to the point, those of us with ADHD cannot afford to have awareness of our priorities hijacked by our devices. Attention must be managed, or our focused state can become a brain prison. Getting locked up and isolated in hyper-focus is a prescription for lost time, missed deadlines, neglect of our partners, underachievement, and closed minds. Just like the television news junkie all hooked up to his “feeding tube,” Facebook junkies are going to the trough too often and staying too long.

Try leaving your phone off next time you eat dinner or leaving it at home when you go out. Phones once were devices that had to remain connected to the wall. Enjoy an occasional day of media abstinence. Try eating without noise like my father’s family had to before television began isolating us. You might notice the taste and texture of your food, the contours of your spouse’s face, and the humor of your children. Silence is fertile ground for creative thinking, and insights blossom when our minds are still. 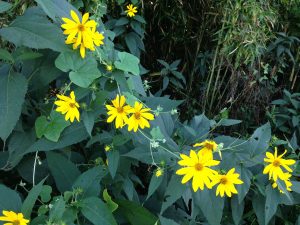